To say 2012 was an exciting year for me would be an understatement. Despite feeling perpetually busy, I hadn't felt like I'd accomplished much until I sat down and started making a list. Posting a Yearly Review seems to be the trend among those in the web/tech industry, so I figured I'd post mine as well. Even though we're already a few days into 2013, here are some of my highlights for 2012!

In early February I released a long overdue design refresh to the FotoJournal marketing website. The original marketing website was thrown together in haste hours before first launching in April of 2010 and was sorely in need of an update. I'm quite proud of how the design turned out (even though it's not responsive), and the effort has clearly been worth it — there's been a definite increase in signups since the new site launched.

With the new sales site (and some other marketing efforts) in place, I'm looking forward to giving the product itself a massive update in 2013! 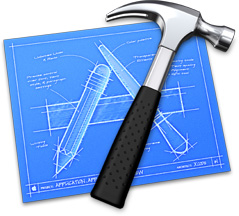 Also in February I began learning iOS development and building an iPad app for Carbonmade, with Timo doing the design. Having no prior experience with C/C++/Objective-C, I found the learning curve to be steep, but also very rewarding. I owe a big thanks to my pal Colin for answering my endless questions.

It was particularly enjoyable to work with a proprietary framework. As a web developer I'm used to working with fragmented tools and undocumented code, so it was refreshing to work within a specialized, single-purpose environment (Xcode) and a single set of well-documented libraries (Cocoa Touch). I don't have any immediate plans to do further iOS development, but I'm glad I had the opportunity to work on an app.

In June I went to Vancouver with my good friend Jeff to attend Interlink, a web design conference. If you've not been to Interlink, I highly recommend going sometime. Shawn has put together an amazing conference, yet somehow managed to keep it small, focused, and intimate. I left feeling incredibly inspired by the speakers (especially Jessica Hische and Jon Tan) and the other fine folks I finally met. Going to Interlink is largely what prompted Jeff and I to plan an event of our own, Crafting Type, which took place later that summer. Oh, and thanks for letting me sleep on your floor, Kelvin.

I also celebrated my 28th birthday in June, and got a pretty awesome & entirely accurate birthday card on the Carbonmade blog.

I've wanted to do my own thing for as long as I can remember, and in July I quit my job, said goodbye to the lovable team of goofuses (goofusi?) at Carbonmade and dove headfirst into starting a freelance design & development business. The first few weeks were a mix of exhilaration & uncertainty, but luckily I had already planned things out and lined up enough work to stay busy & keep the bills paid.

While I do enjoy client work, the primary goal of going freelance was to give me more time & flexibility to work on FotoJournal and explore other product opportunities. If you do it right, freelancing can give you almost total control of your schedule & income; the perfect environment for living comfortably while also bootstrapping a product business.

I was a bit sad to be leaving such a fun & talented team, but more than anything I was excited to move onto the next big thing for me.

August was an absolute whirlwind. To start, I helped my good friends Rob & Lauren build and launch a brand-spanking-new version of their kick-ass site, Photography Concentrate. This was my first serious foray into building a WordPress site, as well as my first go at a fully responsive design. I'm quite proud of how the site turned out (despite my love/hate relationship with WordPress) and couldn't ask for better clients than Rob & Lauren.

Following that I spent 10 glorious days in Maui, Hawaii with my beautiful (and obviously patient!) wife, Alyssa. This was our first beach vacation — all our previous trips have been spent exploring cities — and was a perfect way to celebrate our 5th wedding anniversary.

Upon returning to Canada, Jeff and I held the font design workshop we'd been planning since June: Crafting Type. The workshop was held in Edmonton and consisted of 5 days of concentrated learning and included a mix of lectures, demonstrations, group sketching & one-on-one time with the instructors. After the last day there was an epic after-party that involved type geeks eating, drinking & dancing long into the night — so long that only 3 of the 5 organizers were able to make it to the post-workshop meeting the following morning :)

Overall, Crafting Type went even better than I could had hoped. We had 37 attendees from all over North America: Montreal, Vancouver, Victoria, Edmonton, Calgary, and San Francisco. A handful of well-known designers tweet about the workshop, which gave us an immense amount of exposure. A large amount of Crafting Type's success is due to our wonderful instructors — Dave (UK), Eben (Boston) and Octavio (Spain) — who did a phenomenal job. I also believe Jeff and I did a good job with the branding & design of the Work & Turn and Crafting Type (my second responsive design!) websites. 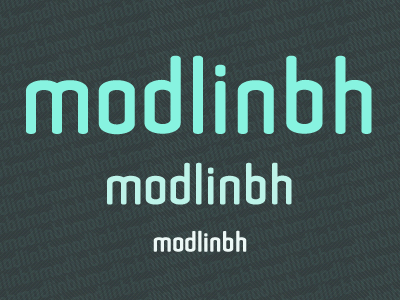 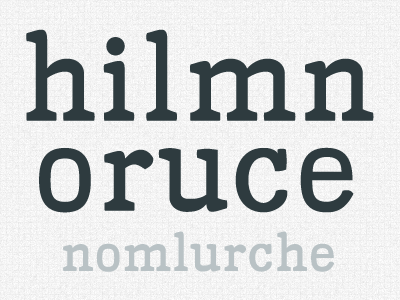 My work-in-progress typefaces, Noda Sans and Bucko. Maybe one day I'll finish them...

Organizing an event of this scale in such a short timeline was stressful & challenging, but most of all it was rewarding to imagine something a bit crazy and make it happen. One of the key takeaways from Interlink was the idea that you should create what you wish existed, and that idea is directly what led to Crafting Type. I'm sure I could write several articles about the Crafting Type experience, from the perspective of both an organizer ("holy shit, event planning is a lot of work!") and an attendee ("holy shit, designing fonts is a lot of work!").

If you're interested in learning the basics of font design, keep your eyes peeled as there will be more Crafting Type workshops all around the world — in fact one just finished in Kiev, Ukraine! There's photos of the Edmonton event on Flickr, and an awesome promo video produced by Brandon.

My freelance business went exceptionally well from August — November. If you're a coder or designer, I'm convinced there's an almost infinite amount of work available right now. Things were good; I was busy, working on interesting projects, and enjoying the general flexibility that comes with freelancing. I had finally plunged into self-employment and wasn't looking back.

Then in late October I was asked by CEO Jeff Lawrence to join Granify (one of my clients) as Product & Design Lead. Even though I'd told my friends and family I'd "never work at a full-time job again", I jumped at the opportunity to come aboard Granify. Jeff's enthusiasm & vision is contagious, and the fact that he's built & sold two previous companies speaks to that. The position gives me the chance to experience the thrill of building & running a company while focusing on what I like best, creating awesome products that work good and delight customers.

I'm incredibly excited about where Granify is headed in 2013. I know every startup says this, but we've got some huge stuff coming (very) soon. Working from home has its perks, but I'm glad to be working in a team environment and solving big problems again. Building a "lifestyle business" is a fine ambition, but right now I'm more interested in helping build a large, ambitious company

Truthfully, I'm not going to miss the treadmill of client projects very much. It can be rewarding, but it's also exhausting and in my opinion not nearly as satisfying as continually building & improving a 100% product business. 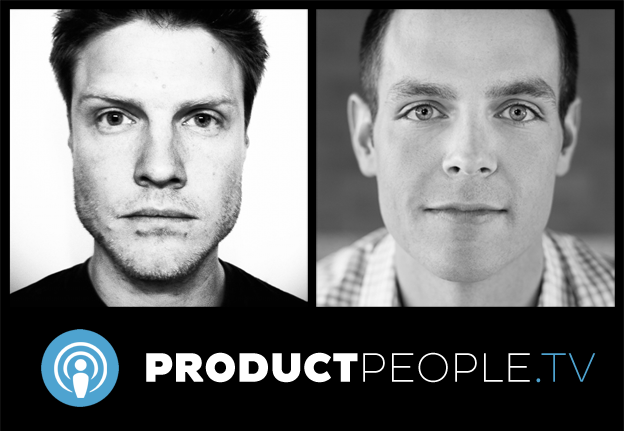 I listen to a lot of podcasts and have always wanted to try publishing my own. So in October Justin and I launched Product People, a podcast for people who make their living building beautiful products. I've enjoyed the chance to chat regularly with like-minded folk about the business of creating products, and it's nice to think that we're hopefully helping people by sharing our thoughts.

We've had top-notch guests so far — Daelan Wood, Patrick McKenzie, and Sacha Greif — and have more awesome guests & topics in mind for 2013. If you currently run a product business or have always dreamed of doing so, go check out Product People on iTunes!

In November I gave a talk at WordCamp Edmonton called Typesetting the Web. It was the first talk I've given in a few years (I think I last spoke about Django in 2007) so I was a bit nervous, but in the end it went really well and was a lot of fun. Preparing the slides was far more work than I anticipated, but it paid off — I got a fair amount of exposure (mostly via Twitter) and over 7,000 views on Speaker Deck. I think I'd like to take more speaking gigs in 2013, giving either my existing talk or a completely new one.

Without a doubt, 2012 felt like one of my most productive years, and set the bar quite high for 2013. However, I also feel like 2012 took a lot out of me. It was exhausting. But I'm looking forward to new challenges and bigger opportunities in the coming year!